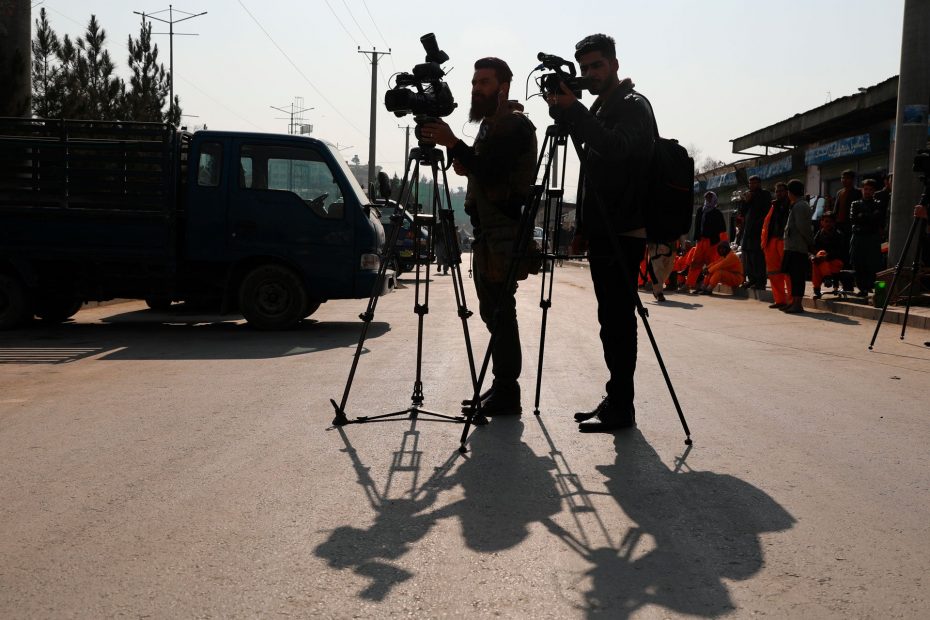 This news story about the violence against jurnalists in Afghanitan was reported by Committee to Projtect Journaists (CPJ) on November 2, 2021.

Washington, D.C., November 2, 2021– The Taliban must thoroughly and swiftly investigate the attacks on Afghan journalists Abdul Khaliq Hussaini and Alireza Sharifi and the beating and detention of Zahidullah Husainkhil, and do everything in its power to ensure the safety of members of the press, the Committee to Protect Journalists said today.

On October 28 and 29, unidentified gunmen injured Hussaini and Sharifi in separate attacks in Kabul, according to news reports, a statement by the Afghan Journalists Safety Committee, a local press freedom group, and Sharifi, who spoke to CPJ via messaging app.

Also on October 29, Taliban members beat and detained Husainkhil, according to a statement by the Afghan Journalists Safety Committee and a person familiar with the incident, who spoke to CPJ on the condition of anonymity due to fear of reprisal by the Taliban.

“The Taliban’s stated commitment to press freedom has been crumbling since the group took power, and any remaining credibility will hinge on whether it thoroughly investigates the violent attacks on journalists Abdul Khaliq Hussaini and Alireza Sharifi and brings those responsible to justice,” said Steven Butler, CPJ’s Asia program coordinator. “The Taliban leadership must also investigate its members’ attack on journalist Zahidullah Husainkhil, and ensure that those who unjustly beat and detained him are held accountable.”

At about 10:30 a.m. on October 28, two unidentified gunmen attacked Hussaini, a reporter for the privately owned online news service Khaama Press, while he was driving to the office of the U.N. Assistance Mission in Afghanistan, in Kabul, according to a report by his employer and a statement by the Afghan Journalists Safety Committee.

The attackers opened Hussaini’s car, and one punched him in the head and face, while the other hit his head and back with the butt of a rifle, Ahmadi told his employer, saying that the attackers tried to take his car, but he threw the keys away from the vehicle and fled the scene.

Hussaini sustained injuries to his head and shoulder due to a gunshot wound, according to his employer, which did not specify the nature of that wound. He spent one night in a local hospital and then was released, according to that report, which said that the Taliban had detained two suspects in the attack. CPJ was unable to find contact information for Hussaini or determine the circumstances surrounding his gunshot wound.

Separately, at about 8 p.m. on October 29, two unidentified men riding a motorcycle fired several gunshots at Sharifi, a camera operator and editor for the IRIB, the Iranian state-owned news agency, while he was driving home in Kabul with his wife and son, according to that statement by the safety committee, a report by his employer, and Sharifi.

Sharifi was treated at a local hospital after shards of window glass injured his left eye and a bullet grazed his lip, he said, adding that his wife and son were not injured. Bilal Karimi, deputy spokesperson of the Taliban in Afghanistan, told The Associated Press that the Taliban was investigating that attack. That report said no one has claimed responsibility for the shooting.

Also on October 28, at about 4:30 p.m., Taliban members pulled Husainkhil, director of the privately owned station Radio Mahaal, out of his car when he arrived at his home in Logar, according to the safety committee’s statement and the person who spoke to CPJ.

The Taliban members beat Husainkhil with assault rifles on his face and back, and continued beating him while they brought him to a local police station, where they held him for about three hours, according to those sources.

The person familiar with his case said that the reason for the attack and detention were unclear, and added that Husainkhil was injured from the beating but did not require medical attention.

Suhail Shaheen, the Taliban spokesperson in Qatar, responded to CPJ’s request for comment sent via messaging app by directing inquiries to Taliban spokespeople in Afghanistan. CPJ messaged Karimi for comment, but did not receive any reply.

Previously, on October 25, a Taliban fighter beat freelance journalist Sadaqat Ghorzang while he was reporting at an Afghanistan-Pakistan border crossing, and on October 21 Taliban members beat at least three journalists covering a women’s protest, as CPJ documented at the time.